Music Therapy In NICUs Can Help Babies Get Home Sooner By STEPHANIE COLOMBINI • MAY 1, 2019. Sourced from https://wusfnews.wusf.usf.edu

Music therapy can help premature babies in NICUs get home up two weeks sooner, according to research.

For centuries, lullabies have helped soothe babies to sleep. But it’s only in the last couple decades that research showed, for premature babies, these slow, simple tunes could be life-changing.

“The mom’s belly is the most protective environment for them, but when they’re born early they’re thrust into this world they’re not quite ready to handle,” she said.

“So lights, sounds, being touched at different times, learning how to eat is even a thing as adults we don’t think about that, but that could also be a stressful experience for these tiny little babies.”

And when a baby is stressed, that can affect its brain permanently.

Treatment with roots in Florida

Jayne Standley directs the music therapy program at Florida State University and is considered by many to be the pioneer of its use in NICUs. 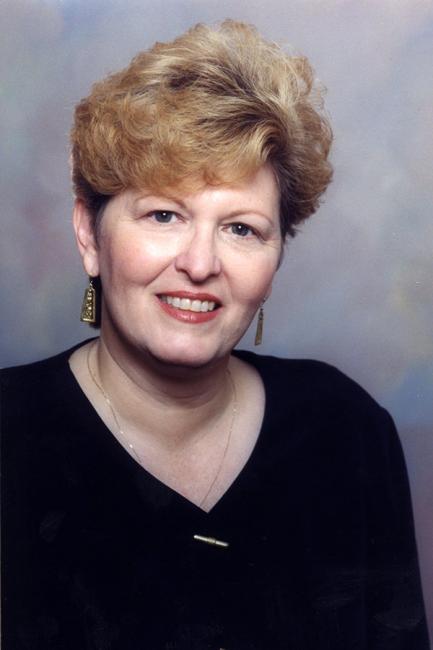 She started experimenting with the treatment about 20 years ago after she learned kids born premature were 50 percent more likely to need special education when they got older.

“For fetuses, the neurological system develops in the third trimester, the last three months, so a baby that’s born three months early is having its brain develop in the conditions of the NICU,” she explained.

Those conditions can lead to unstable breathing and heart rates. Poking and prodding from medical procedures can also cause infants’ brains to associate touch with pain.

And living off a feeding tube for an extended period of time can leave babies with limited instinct to eat on their own.

So Standley and a team of FSU researchers studied whether music could help.

“Our first study showed just playing music to buffer the noxious sounds of the machinery in the NICU could cause the babies to be discharged up to two weeks early,” she said.

Over the years, Standley conducted more studies about the treatment and even helped invent an FDA-approved pacifier known as the Pacifier Activated Lullaby, or PAL, to incentivize feeding.

Standley said NICU music therapy has “mushroomed” in the last five or ten years. Hospitals across the nation are implementing the treatment and hiring music therapists with a special certification to work with NICU babies. 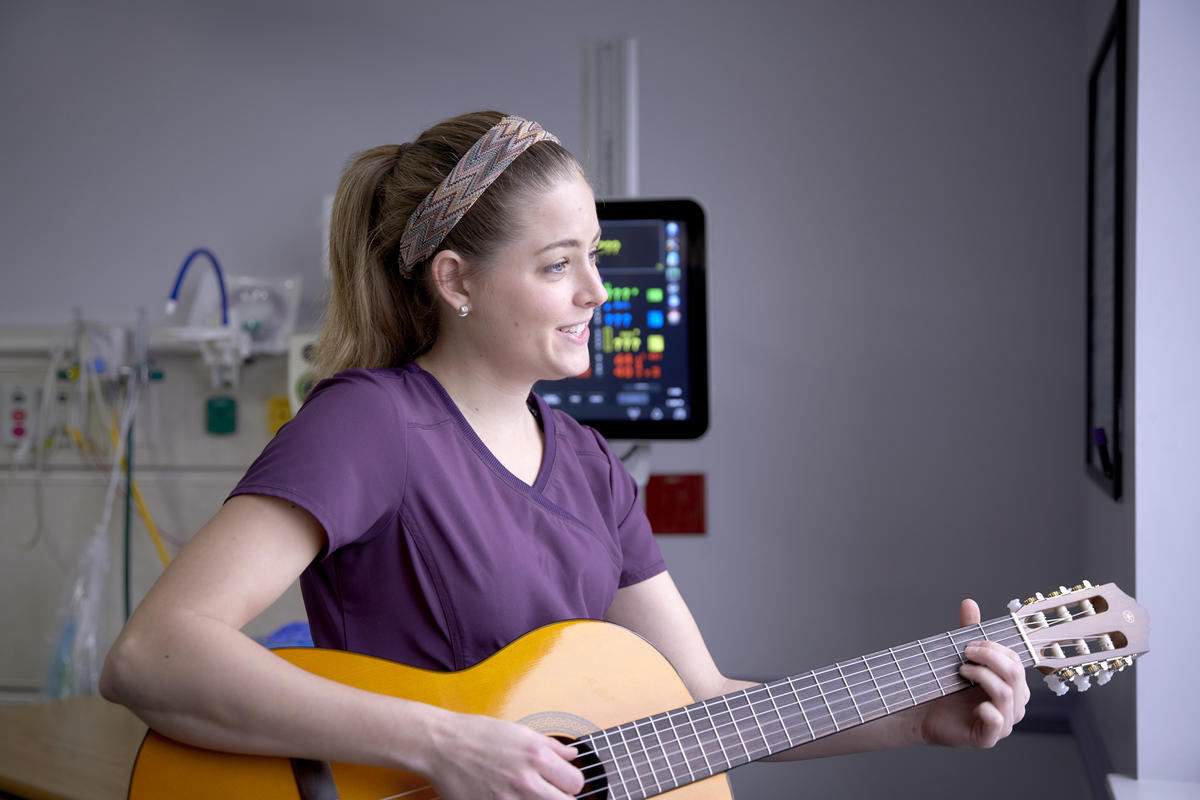 FSU teamed up with Tallahassee Memorial Hospital in 2005 to launch the National Institute for Infant and Child Medical Music Therapy, which Standley directs.

The program has trained hundreds of therapists around the world, including Kelly Holden, a music therapist at AdventHealth Orlando.

She recently conducted a therapy session with a baby girl in the hospital’s NICU that showcased her experience.

The clinical term for what she was doing is multimodal neurologic enhancement.

“It’s a long phrase for incorporating different modes of stimulation for the infant to help them learn how to respond to a potentially even more stressful experience,” Holden explained.

NICU music therapy typically revolves around an infant’s gestational age, or how far along in the pregnancy they would have been had they not been born early.

Very premature babies can only handle simple humming and typically must be left in their incubators.

This young girl had been in the hospital for several weeks and progressed to receive more stimulation. Holden cradled her in her arms and her supervisor Rich Moats accompanied on guitar.

After a brief round of humming, Holden and Moats began to sing, which adds complexity and promotes language development. 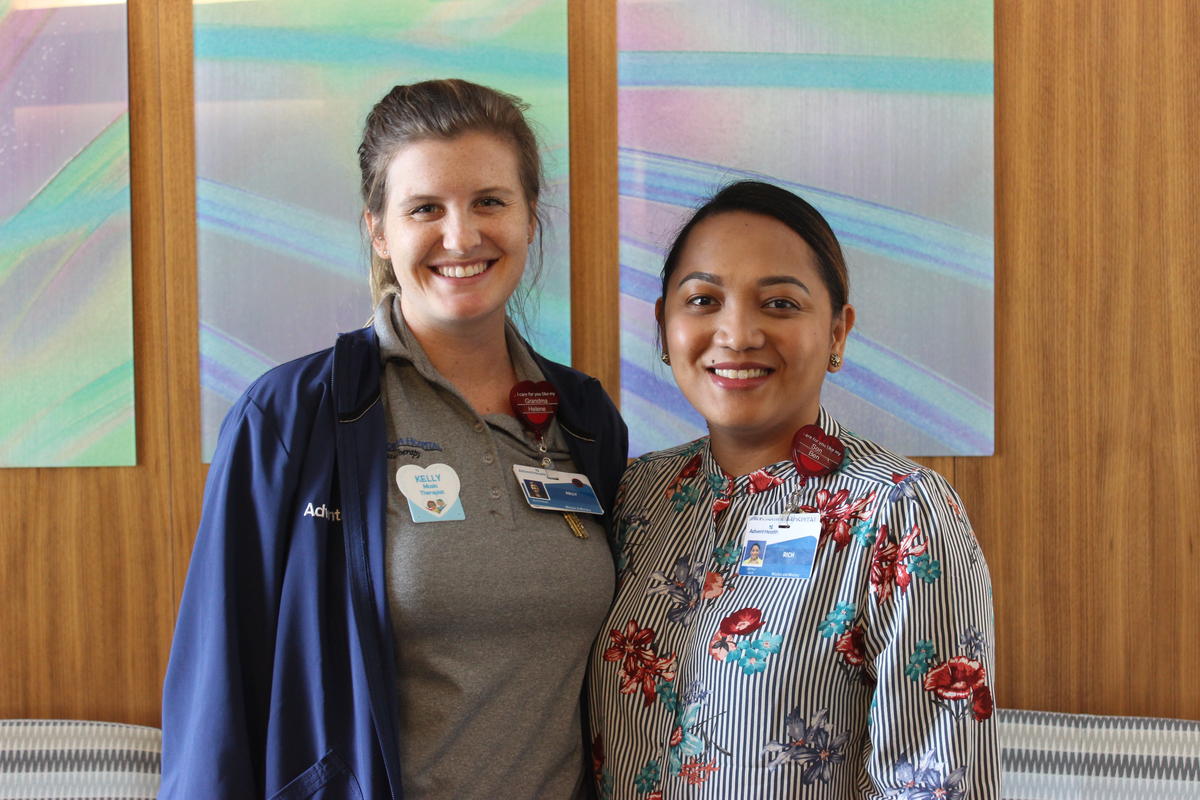 As they went through a series of lullabies, including “Twinkle, Twinkle Little Star,” “The Lion Sleeps Tonight” and “Baa Baa Black Sheep,” the therapists constantly checked the baby’s monitor to see if any of her vital signs suggested she was overwhelmed.

They also observed her body language.

“You might see a grimaced face, they might get really red in the face,” said Holden. “They can give a halt hand which is basically their arm going straight out and their hand coming out and saying, ‘Stop! This is too much.’”

The baby seemed to respond well to the treatment, so Holden added another layer: touch. She lightly caressed the girl’s head, moving down to her arms and chest in a carefully coordinated order she learned about in school.

Holden noticed the patient’s face getting red and decided to take touch out of the equation.

“Some babies don’t get through the whole progression and that’s okay,” she said. “You know, if they are not being able to tolerate that, then it’s going to take them longer because we’re going to give them more time to calm.”

Even singing eventually proved to be too much. The therapists felt the girl arching her back and reverted to humming.

Jayne Standley said overstimulating the baby with music could actually damage the brain, which is why training is so important.

“It’s different from somebody volunteering to say, ‘I would go into a NICU and play a harp for the babies because it’s beautiful and obviously it would soothe them,’” she said. “Every baby is developing at a different rate and the music must be applied individually, and that’s what the research tells us.”

It may not be in every hospital’s budget to hire a full-time music therapist, let alone one dedicated to the NICU. But Standley said getting premature babies home sooner saves hospitals money.

She estimates patients close to the end of their stay in a NICU cost hospitals about $3,000 a day to care for.

“That is a huge savings in medical costs, but the greatest benefit is that two weeks early, that baby gets to go home to its family and gets to live in a more normal environment.”

New mom Ashley Preston of Gainesville is eagerly awaiting that day. Her son Carter was born earlier this year close to three months premature and only weighed a pound and a half.

He spent the first few weeks of his life hooked up to breathing machines, barely able to move. 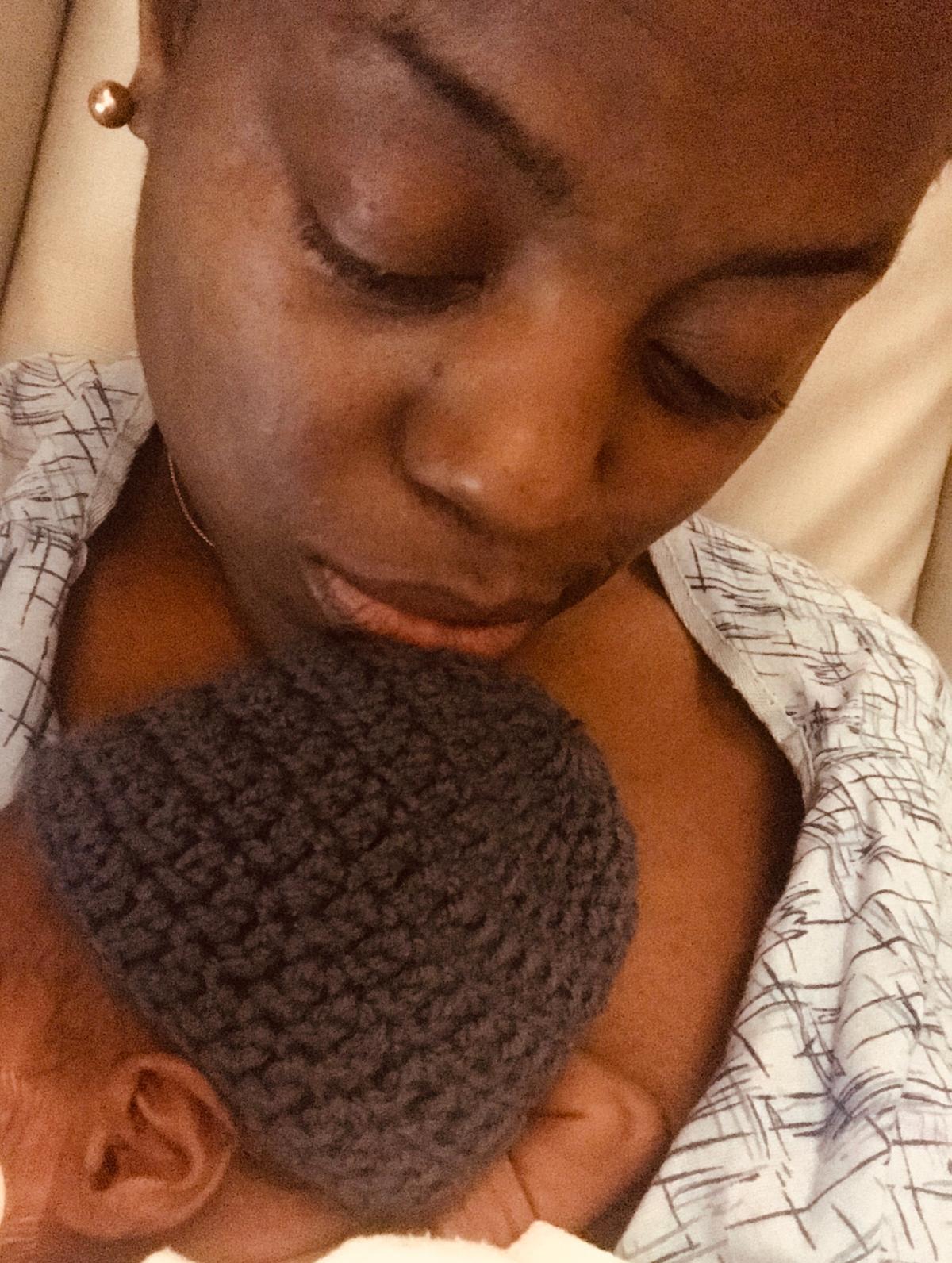 “He was really calm, and it helped his oxygen levels, like his oxygen requirements would go down when he was in music therapy,” she said.

“So he just responds really well to it, so whenever he has a little moment and gets antsy, now they have a music box that’s in the room and I’ll turn the music box on.”

“It’s kind of helped me, because during the time he was on the oscillator, I couldn’t pick him up,” she said. “But I knew that I could play music, and they [therapists] even came and showed me how to just hum to kind of connect with him.”

Carter is a little over four pounds now and about the same age as a full-term baby. His mom said she’ll continue to use music to care for him once he’s home.

Teaching families how to maintain the benefits of music therapy after discharge seems to be a trend in how the therapy is expanding.

FSU and Tallahassee Memorial Hospital recently received a grant to hire a music therapist that can go into patients’ homes for six months after they are discharged from the NICU.

Jayne Standley said even though premature infants may be several months old by the time they leave a NICU, they’re developmentally more like a newborn.

“Traditionally they’re quite irritable, their stomachs take a little bit of food, they sleep for a very short time…parents get exhausted,” she said.

The therapist will teach parents music therapy techniques to help with their children’s eating and sleeping habits as they transition into home life. They will even teach siblings how to interact with the fragile new member of their family.

Standley said the effort is the latest sign of how Florida is a leader in NICU music therapy.

“We have been for 20 years, so we would like to stay at the forefront of this movement,” she said.

“Sounds on Sunday” with Vocalize

5 Benefits to Singing in a Choir